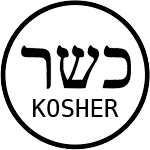 Sodium Benzoate, also known as Sodiumato Benzoatato, Antimol, Ucephan, Benzoate of Soda, and Sobenate, has the chemical formula C7H5O2Na or C7H5NaO2 or C6H5COONa. It appears as colorless or white hygroscopic crystals or crystalline powder with no odor and astringent taste. It is freely soluble in Water and sparingly soluble in Alcohol at ambient conditions. On a lab scale, it is produced synthetically by the neutralization of Benzoic Acid with Sodium Bicarbonate, Sodium Carbonate or Sodium Hydroxide. An Food Grade chemical is the one that conforms to the criteria of the Food Chemicals Codex (FCC). A substance that has received the Food Grade certification can be used in food, drug, or medical applications. In the United States of America (USA), Lab Alley is selling its high-quality Sodium Benzoate, Food Grade online at laballey.com.

What Is Sodium Benzoate Used For?

Sodium Benzoate For Hepatic Encephalopathy [What is the role of sodium benzoate in the treatment of hepatic encephalopathy (HE)?]

Sodium Benzoate For Teeth [What's in your toothpaste? An ingredient checkup.]

Preservatives. The last thing you want to be spreading all over your teeth is moldy toothpaste. Sodium benzoate, methyl paraben, and ethyl paraben are the three most common preservative ingredients used to keep your toothpaste from become home to all sorts of nasty bacteria. Read more here.

Sodium benzoate is a preservative used in cosmetic and skin care products that also functions as a corrosion inhibitor. Read more here.

Sodium benzoate is widely used in pharmaceutical applications, mainly as a preservative. It acts as an antibacterial and preservative in various pharmaceutical products such as ointments, syrups, tinctures, and oral liquid preparations. It helps in healing superficial fungal skin infections. Read more here.

Sodium benzoate is used in a wide variety of cosmetics and personal care products where it acts as a corrosion inhibitor, fragrance ingredient, and preservative. As a preservative, sodium benzoate is primarily an anti-fungal agent but also has some effectiveness against bacteria. Read more here.

Summary Sodium benzoate medicine can be used to treat high blood ammonia levels. It is also being studied for potential use in other conditions, including schizophrenia and multiple sclerosis. Read more here.

Information On Sodium Benzoate From Wikipedia

Sodium benzoate is a substance which has the chemical formula C6H5COONa. It is a widely used food preservative, with an E number of E211. It is the sodium salt of benzoic acid and exists in this form when dissolved in water. It can be produced by reacting sodium hydroxide with benzoic acid.

Production
Sodium benzoate is produced by the neutralization of benzoic acid, which is itself produced commercially by partial oxidation of toluene with oxygen.

Natural occurrence
Sodium benzoate does not occur naturally, but benzoic acid and its esters are found in many foods. Fruits and vegetables can be rich sources, particularly berries such as cranberry and bilberry. Other sources include seafood, such as prawns, and dairy products like milk, cheese, and yogurt.

Uses
Preservative
Sodium benzoate is a preservative, with the E number E211. It is most widely used in acidic foods such as salad dressings (i.e. acetic acid in vinegar), carbonated drinks (carbonic acid), jams and fruit juices (citric acid), pickles (acetic acid), condiments, and frogurt toppings. It is also used as a preservative in medicines and cosmetics. Under these conditions it is converted into benzoic acid (E210), which is bacteriostatic and fungistatic. Benzoic acid is generally not used directly due to its poor water solubility. Concentration as a food preservative is limited by the FDA in the U.S. to 0.1% by weight. Sodium benzoate is also allowed as an animal food additive at up to 0.1%, per the Association of American Feed Control Officials. Sodium benzoate has been replaced by potassium sorbate in the majority of soft drinks in the United Kingdom.

Pharmaceutical applications
Sodium benzoate is used as a treatment for urea cycle disorders due to its ability to bind amino acids. This leads to excretion of these amino acids and a decrease in ammonia levels. Recent research shows that sodium benzoate may be beneficial as an add-on therapy (1 gram/day) in schizophrenia.Total Positive and Negative Syndrome Scale scores dropped by 21% compared to placebo.

Sodium benzoate, along with phenylbutyrate, is used to treat hyperammonemia.

Sodium benzoate, along with caffeine, is used to treat postdural puncture headache, respiratory depression associated with overdosage of narcoticsand with ergotamine to treat vascular headache.

Other uses
Sodium benzoate is also used in fireworks as a fuel in whistle mix, a powder that emits a whistling noise when compressed into a tube and ignited.

Mechanism of food preservation
The mechanism starts with the absorption of benzoic acid into the cell. If the intracellular pH falls to 5 or lower, the anaerobic fermentation of glucose through phosphofructokinase decreases sharply, which inhibits the growth and survival of microorganisms that cause food spoilage.

Health and safety
In the United States, sodium benzoate is designated as generally recognized as safe (GRAS) by the Food and Drug Administration. The International Programme on Chemical Safety found no adverse effects in humans at doses of 647–825 mg/kg of body weight per day.

Cats have a significantly lower tolerance against benzoic acid and its salts than rats and mice.

The human body rapidly clears sodium benzoate by combining it with glycine to form hippuric acid which is then excreted. The metabolic pathway for this begins with the conversion of benzoate by butyrate-CoA ligase into an intermediate product, benzoyl-CoA, which is then metabolized by glycine N-acyltransferase into hippuric acid.

Association with benzene in soft drinks

In combination with ascorbic acid (vitamin C, E300), sodium benzoate and potassium benzoate may form benzene. In 2006, the Food and Drug Administration tested 100 beverages available in the United States that contained both ascorbic acid and benzoate. Four had benzene levels that were above the 5 ppb Maximum Contaminant Level set by the Environmental Protection Agency for drinking water. Most of the beverages that tested above the limit have been reformulated and subsequently tested below the safety limit. Heat, light and shelf life can increase the rate at which benzene is formed.

Information On Sodium Benzoate From PubChem

Sodium benzoate is an organic sodium salt resulting from the replacement of the proton from the carboxy group of benzoic acid by a sodium ion. It has a role as an antimicrobial food preservative, a drug allergen, an EC 1.13.11.33 (arachidonate 15-lipoxygenase) inhibitor, an EC 3.1.1.3 (triacylglycerol lipase) inhibitor, an algal metabolite, a human xenobiotic metabolite and a plant metabolite. It contains a benzoate.

The sodium salt of BENZOIC ACID. It is used as an antifungal preservative in pharmaceutical preparations and foods. It may also be used as a test for liver function.

and product was as described

Receive updates, events, products and promotions by subscribing to us.