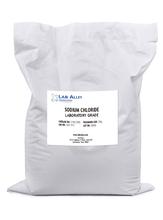 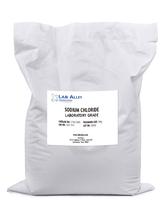 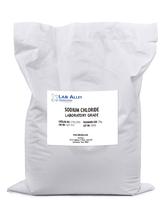 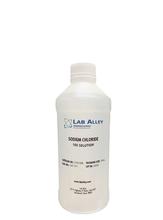 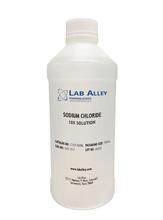 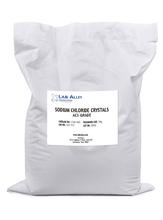 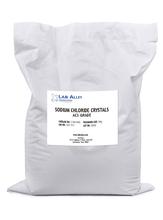 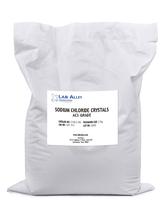 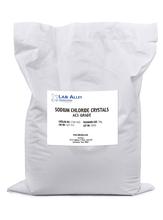 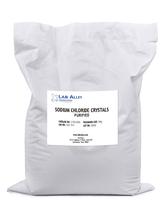 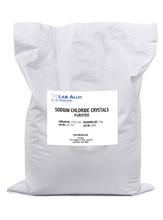 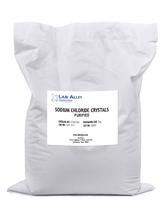 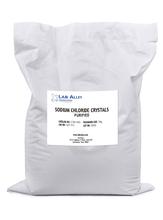 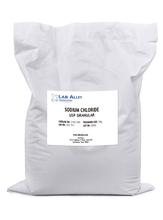 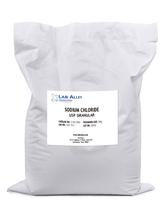 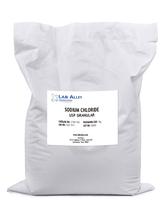 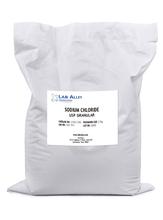 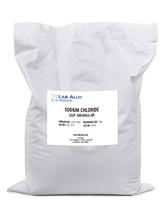 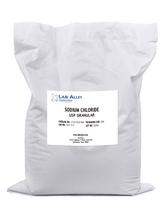 If you have questions about ordering Sodium Chloride (NaCl) in bulk online here at LabAlley.com or would like to place an order, call 512-668-9918 or email customerservice@laballey.com to talk with a Sodium Chloride Specialist. Lab Alley is a wholesale supplier and distributor of Sodium Chloride based in Austin, Texas. Contact Lab Alley to request an MSDS or SDS (Safety Data Sheet) for Sodium Chloride.

Sodium Chloride: What Is It? [YouTube Video From Ms. Beautyphile]

Sodium chloride is the chemical name for salt. Sodium is an electrolyte that regulates the amount of water in your body. Sodium also plays a part in nerve impulses and muscle contractions. Sodium chloride is used to treat or prevent sodium loss caused by dehydration, excessive sweating, or other causes.

Information On Sodium Chloride From PubChem

Sodium Chloride is a metal halide composed of sodium and chloride with sodium and chloride replacement capabilities. When depleted in the body, sodium must be replaced in order to maintain intracellular osmolarity, nerve conduction, muscle contraction and normal renal function. Sodium chloride appears as a white crystalline solid. Commercial grade usually contains some chlorides of calcium and magnesium which absorb moisture and cause caking. Sodium chloride is an inorganic chloride salt having sodium(1+) as the counterion. It is an inorganic chloride and an inorganic sodium salt.

This same basic structure is found in many other compounds and is commonly known as the halite or rock-salt crystal structure. It can be represented as a face-centered cubic (fcc) lattice with a two-atom basis or as two interpenetrating face centered cubic lattices. Read more here.

Sodium chloride is essential to maintain the electrolyte balance of fluids in a person's body. If levels of electrolytes become too low or too high, a person can become dehydrated or over hydrated, according to U.S. National Library of Medicine.

Information About Sodium Chloride From Wikipedia

Sodium chloride /ˌsoʊdiəm ˈklɔːraɪd/, commonly known as salt (although sea salt also contains other chemical salts), is an ionic compound with the chemical formula NaCl, representing a 1:1 ratio of sodium and chloride ions. With molar masses of 22.99 and 35.45 g/mol respectively, 100 g of NaCl contains 39.34 g Na and 60.66 g Cl. Sodium chloride is the salt most responsible for the salinity of seawater and of the extracellular fluid of many multicellular organisms. In its edible form of table salt, it is commonly used as a condiment and food preservative. Large quantities of sodium chloride are used in many industrial processes, and it is a major source of sodium and chlorine compounds used as feedstocks for further chemical syntheses. A second major application of sodium chloride is de-icing of roadways in sub-freezing weather.

Is Sodium Chloride The Same As Saline? [Saline (Medicine) - Wikipedia]

Saline, also known as saline solution, is a mixture of sodium chloride in water and has a number of uses in medicine. ... It is also used to dilute other medications to be given by injection. Large amounts may result in fluid overload, swelling, acidosis, and high blood sodium.

Uses. This solution is used to supply water and salt (sodium chloride) to the body. Sodium chloride solution may also be mixed with other medications given by injection into a vein.

How To Use Sodium Chloride Solution, Intravenous

This solution is usually given by injection into a vein as directed by your doctor. It may be given in the hospital, in a clinic, or at home. If you are using this product at home, learn all preparation and usage instructions from your health care professional. Before using, check this product visually for particles or discoloration. If either is present, do not use the liquid. If you are mixing this solution with another medication, ask your doctor or pharmacist if it is proper to mix it with the medication. Learn how to store and discard medical supplies safely. The dosage is based on your age, weight, medical condition, and response to treatment.

Descriptions. Sodium chloride 23.4% injection is used to replenish lost water and salt in your body due to certain conditions (eg, hyponatremia or low salt syndrome). It is also used as an additive for total parenteral nutrition (TPN) and carbohydrate-containing IV fluids. Read more here.

Sodium Chloride IV Infusion is used for treatment of fluid loss and to restore sodium chloride balance. It is used in the treatment of patients who are unable to take fluids and nutrients by mouth. It is also used for dilution of other medicines before injection into the body.

Mechanism of Action Sodium is the major cation of extracellular fluid and functions principally in the control of water distribution, fluid and electrolyte balance and osmotic pressure of body fluids.